Not a lot going on here today. All the moorings are now free awaiting arrival of the ex-working boats. I walked the length with John and chatted to a few moored boaters here and there.

I watched as a 60ft hire boat tried to wind just before Braunston Turn, without success of course as the cut is too narrow there. A lady was walking down the towpath towards me and I asked her what was going on. It appears that she was off the same boat and said that they were turning around. I replied, “Well why don’t they go under the bridge like everyone else does?” I think the penny then dropped, so she ran back to suggest the same, after which all went fine and they came back past me. I didn’t say anything, thinking that they had had enough embarrassment for one day with others watching. When things go wrong, there is always an audience of Gongoozlers. When it all goes right, there is no one watching to applaud your success.
We had a lovely tea party this afternoon with antique china cups and plates, Malt loaf and iced sponge cake, all provided by the wife of one of the volunteers. 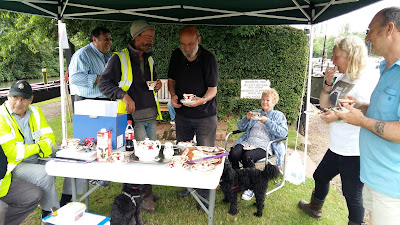 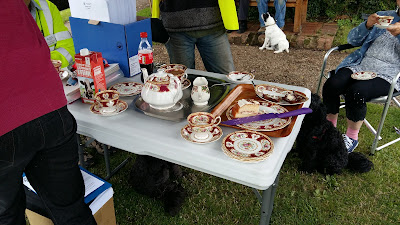 Yet another day of little activity, mostly sitting around the Harbourmaster’s area and occasionally taking a walk along the length. I asked about his unusual 24hr American clock that is screwed to his bulkhead wall, which was given to him by an American friend. He complained that the key did not fit very well, so I volunteered to fix it for him. That meant taking the clock off the wall and taking it to my boat, where I have a vise. I also needed to make some strips of metal to go with the pipe clamps that I bought in Tradline Fenders, so had to bolt the vise on the boat where the seat normally goes on the back deck. Two jobs done at once and hopefully the clamps will prevent any further movement of the outer cable clamp. 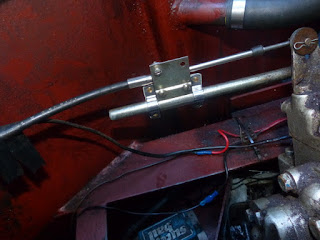 
I have to say that the approach to this Harbourmaster job is extremely laid back at the moment, but time passes fairly quickly with different conversations.

Now things were starting to hot up with boat shuffling from one place to another. Even with my job as tea boy and gopher, I was called upon to help shift a boat down the arm with the aid of a tug and the remainder of the day was spent talking again and directing boats to designated moorings.

The NBT team arrived early afternoon and I gave them a long distance welcome with my portable air horn. Colin came slowly alongside and I joined them for the short trip into the marina. It was good to see him again after several months. He was accompanied by Peter Lovett and Andrew Haysom.

All of the parade team were invited by Graham to The Boathouse for a meal in the evening. The place was full up, so a good job he booked several tables in a large alcove. Several people ordered starters but six were missing after half an hour and had to be chased up. My main course was eventually served at 9.15. Although the food was OK, the service left a lot to be desired, which seems to be the norm with these large brewery owned pubs. Despite this, it was a very convivial evening enjoyed by all present.
Posted by Oakie at 19:52