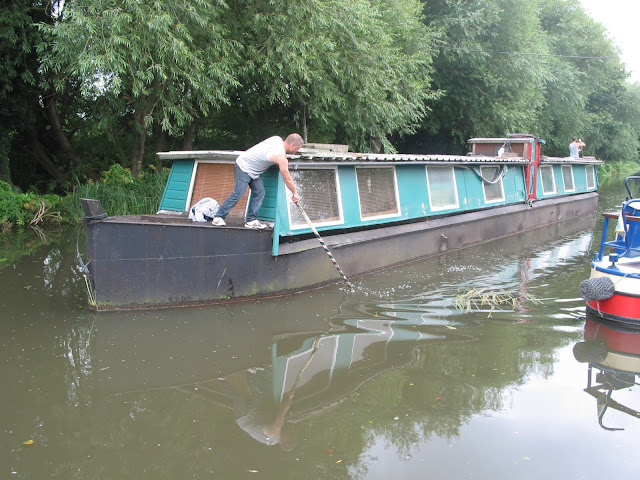 One of the original Basingstoke houseboats being punted on to the Thames for onward travel to Laleham by tug. 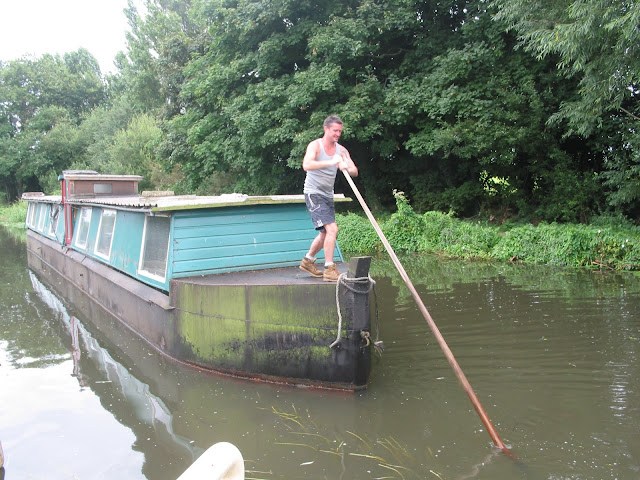 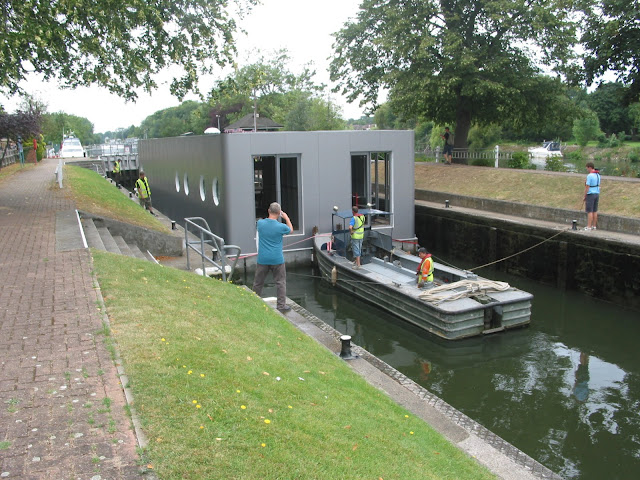 A housebox in Molesey lock on the Thames, with a tug either end. 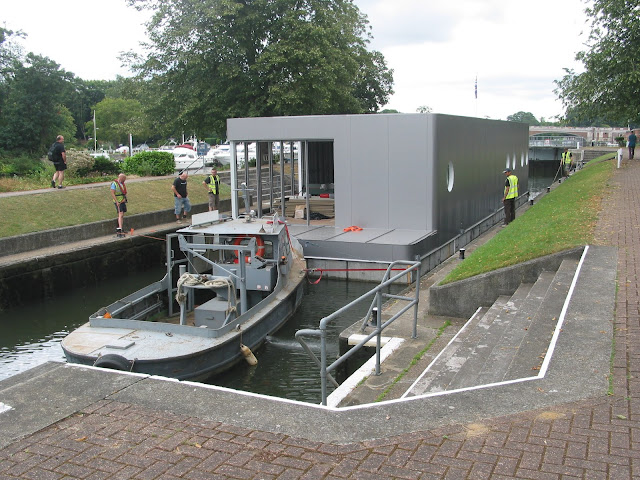 Not much room to spare here. The new home will be in the weir stream on the other side of the lock island.
Posted by Oakie at 01:00 1 comment:

I have had my reconditioned alternator now for 6 months, but it has had little use and behaved very well until a few weeks ago, when the charging light would glow on start up and increase in brightness as the engine was revved up. Despite this, the batteries showed voltage of 14.2 with the engine running, so it was charging, but what was wrong? Off to Google of course and then to Canal World Discussion Forums – if they didn’t know, then no one would! Various ‘experts’ proffered answers personally and the common solution was that the rectifier was at fault, or there was a bad connection somewhere in the system. The latter was the easiest to look for and I did find a few connections which were a bit suspect, but the problem was not solved. So, I either had to take off the alternator and return it under guarantee, get it tested somewhere, buy an exchange unit from a different supplier, or call in a marine engineer to sort it all out at considerable expense. The obvious answer was to send it back under guarantee, but I had been told by my local garage when they removed the glued on pulley that the reconditioners had caused them no end of trouble with duff units in the past and they would no longer deal with them. Forewarned is forearmed, so I wasn’t going to risk that route. After considerable mulling over, I decided to take it to my local garage and get them to exchange it. However, when I took it in they suggested that I take it to “The Lucas Old Boys”, who were former employees of the Lucas official workshop in Brighton some years ago and now worked at Victoria Road Garage. I wish I had known of these guys when I first had problems. It’s possible to talk to the man on the spot, instead of doing it all by remote control. Sure enough, they had testing equipment and diagnosed a faulty rectifier. They also had one in stock and could replace it on the spot.........exactly what I wanted. It turned out after removal that I could see signs of arcing between the + terminal post to earth inside the cover, which had caused a high current through one of the diodes, which got so hot, it melted the soft soldered joints and caused the diode to drop out, so it was loose inside the cover. There must have been something else loose inside too, to cause the short. Try telling that to the guys who reconditioned it and see if they own up. So much for a guarantee then............it would be my word against theirs!
﻿﻿ ﻿﻿


Anyway, it is now refitted and is working a treat once again.
Owning a boat is such a learning curve; a bit like owning your first car. It’s a bit like the old adage: “It not what you know, it’s who you know” and there is always someone who knows more than you and who to go to in times of need.