The Grand Canal Tour 2014. To Limehouse.

I set off on my own through the pool and though the tunnels in much better weather, though very windy. If it carries on like this, I can’t see us doing the Thames cruise on Sunday. I met up with Helen and Gerry on nb Josephine and we did several locks together. She rather disapproved of me leaving my boat in gear at the lock lay-by, with only the centre line tied to the bollard, saying that it was dangerous if anyone fell in and that the old boaters never did that, because they had no centre line. To which I replied that it was often done by the old guys using the back end beam line and that I had been taught how to do it when on my RYA Helmsman’s Course. She did not make any further comments after that!


I due to meet up with Terry Woodley in Limehouse about midday, but it took longer than I expected, so he had already been waiting about two hours, when I arrived. We were rafted eight deep out from the wall, with forty boats ready to go in the morning on the Olympic Park Cruise. Barry arrived on a boat, which rather surprised me, as he came by train and only met up with this boater after walking down to the cut from the DLR. Sleeping arrangements were organised before we all went off to the Cruising Association building for a safety and itinerary briefing from Andrew Phasey on the two cruises. We were amply supplied with maps and lists of boats, complete with mobile phone numbers and e-mail addresses along with the order of boats on the route. After that, we had the meal, which had already been ordered. A visit to Limehouse is never complete without a visit to The Grapes, http://www.thegrapes.co.uk/ which backs on to the Thames. Being Friday, the place was rammed, though we did find a space on the minute balcony overlooking the river. 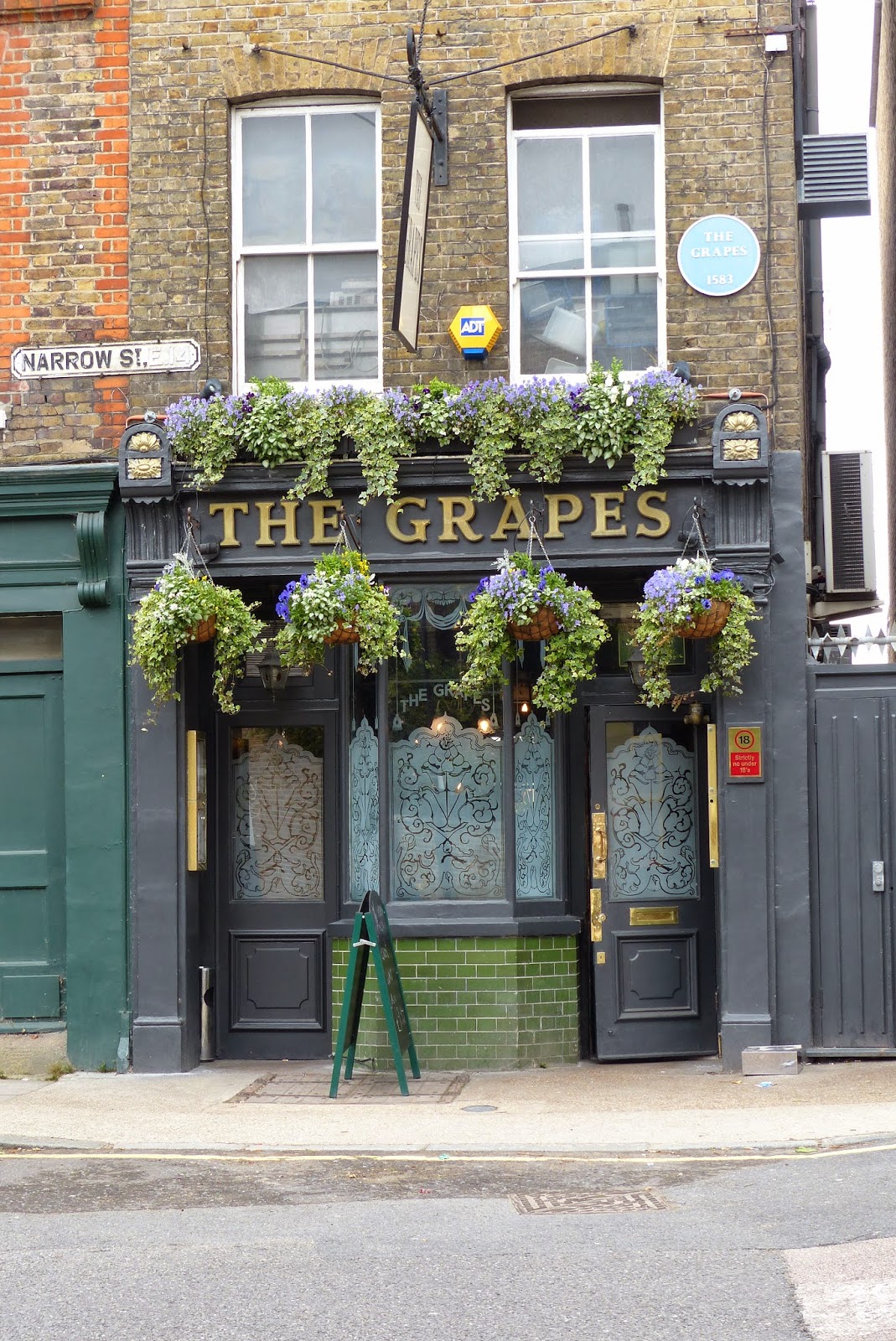