The following morning, Barry and Mouse did a two car shuffle so that one car was in Coombeswood and the other at BCLM. Mouse said his goodbyes at Coombeswood and Barry and I moved on towards Birmingham, heading for the BCLM at Tipton, where we found moorings easily enough at that time of day.


I did some washing using my new Poss Stick and a bucket, which worked out very well, saving considerable work in the sink and doing it by hand. I had been thinking about the washing problem  earlier and even considered buying a small washing machine from Amazon, but the problem was where to store it on board. I remember my mother-in-law talking about using a poss stick in the copper boiler, before the invention of washing machines, so I thought it was worth a try. I had only intended it for tee shirts, sock and pants, but managed a pair of trousers too. I was thinking about getting more water out than by hand wringing and possibly a salad spinner might do the job, although only one or two items at a time. I had tried drying washing on the engine before, but when I put the socks on, my feet went right through them – not a success. With the engine temperature up to 80deg.C, I considered that a good place for a drying room and rigged up a wooden rail to do the job. The first opportunity came after washing the trousers and even though they were only wrung out by hand, they were bone dry after about 5hrs in the engine ‘ole. 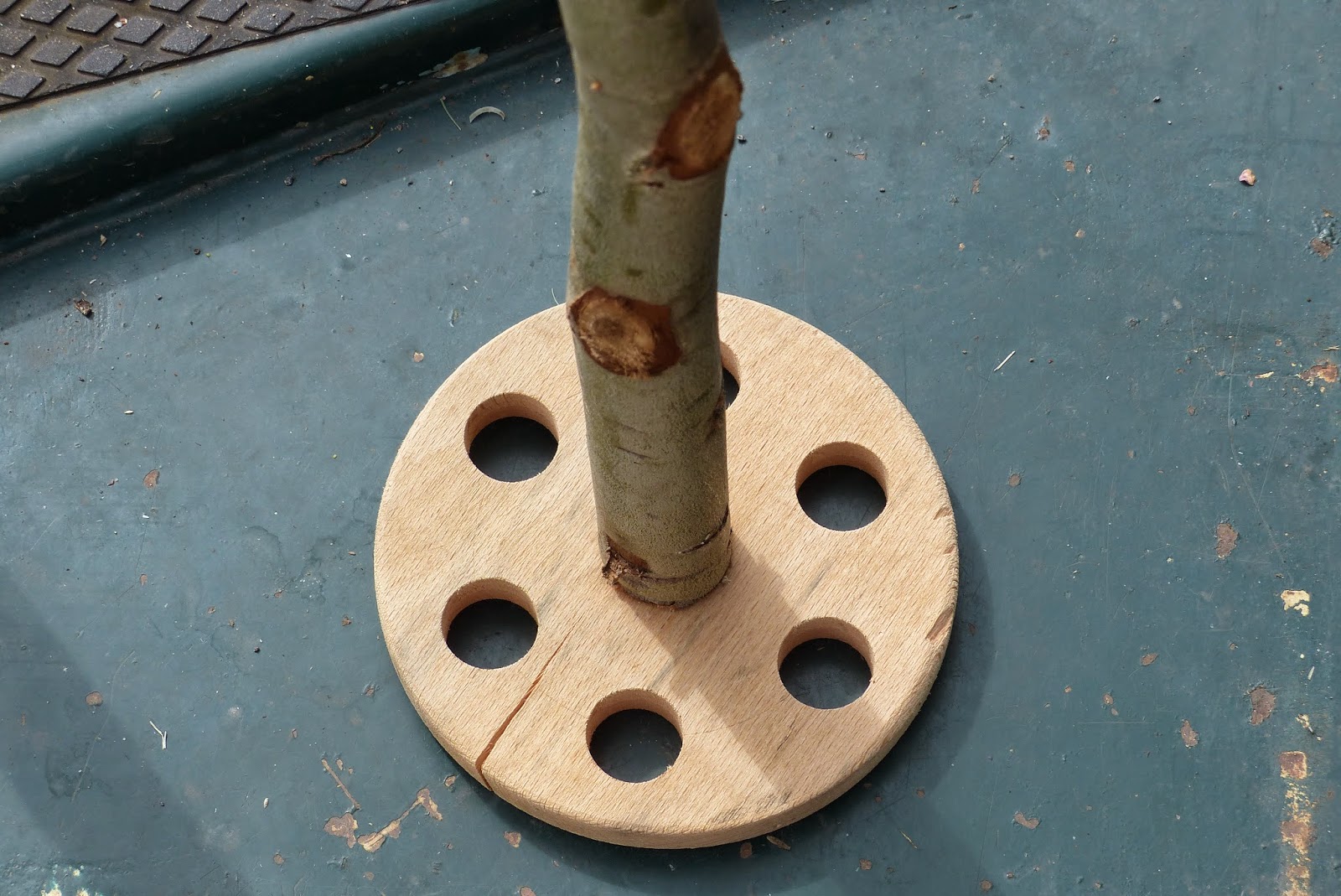 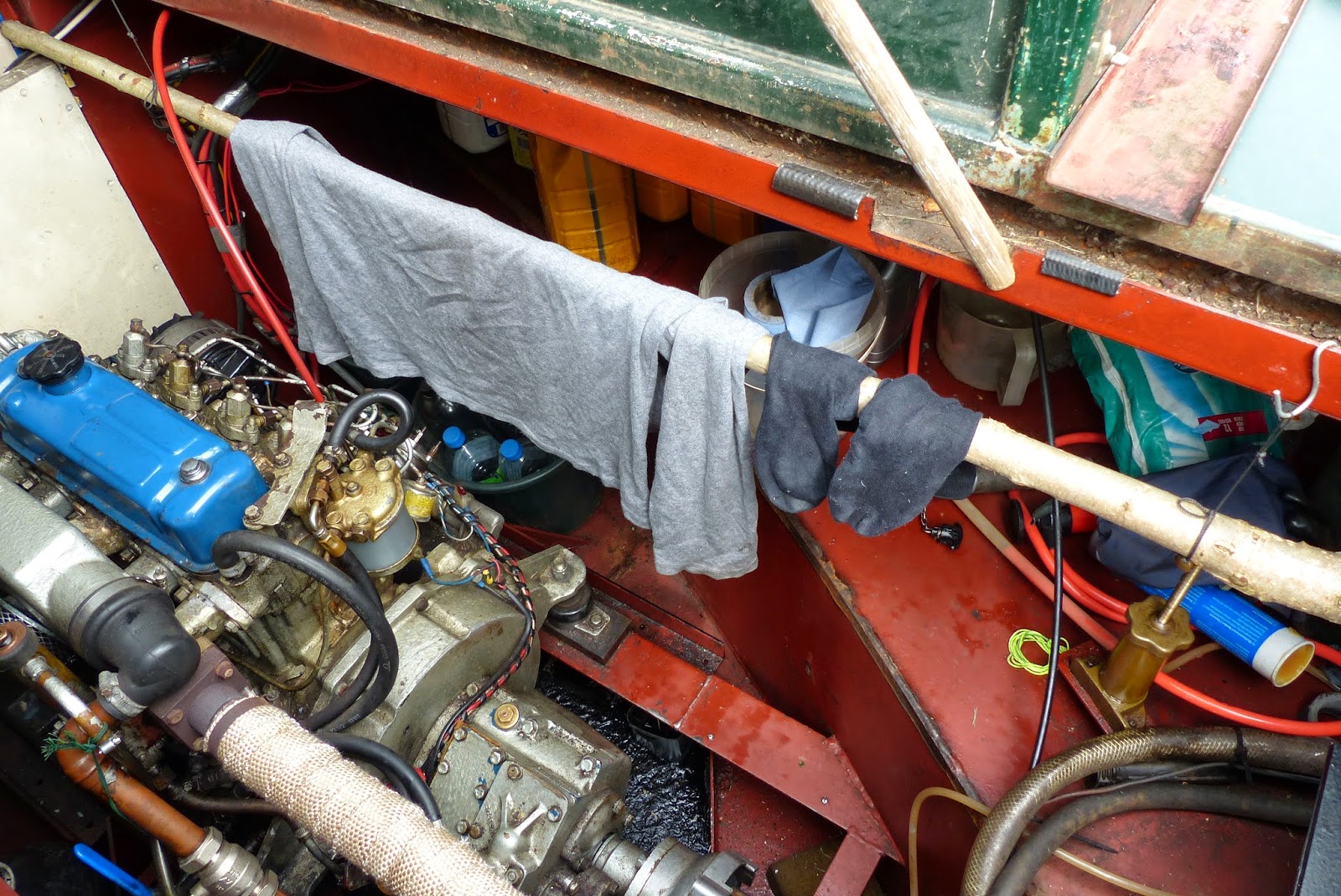 The Drying Room.
Barry and I decided that a trip to The Fountain at Tipton (the home of The TiptonSlasher) might be a good idea for lunch, but we missed the turning and ended up at Mad O’Rourkes Pie Factory a little further on. They had a special Fish ‘n Grill menu on Tuesday for £5.55 – not bad for half a rack of ribs and battered chips. 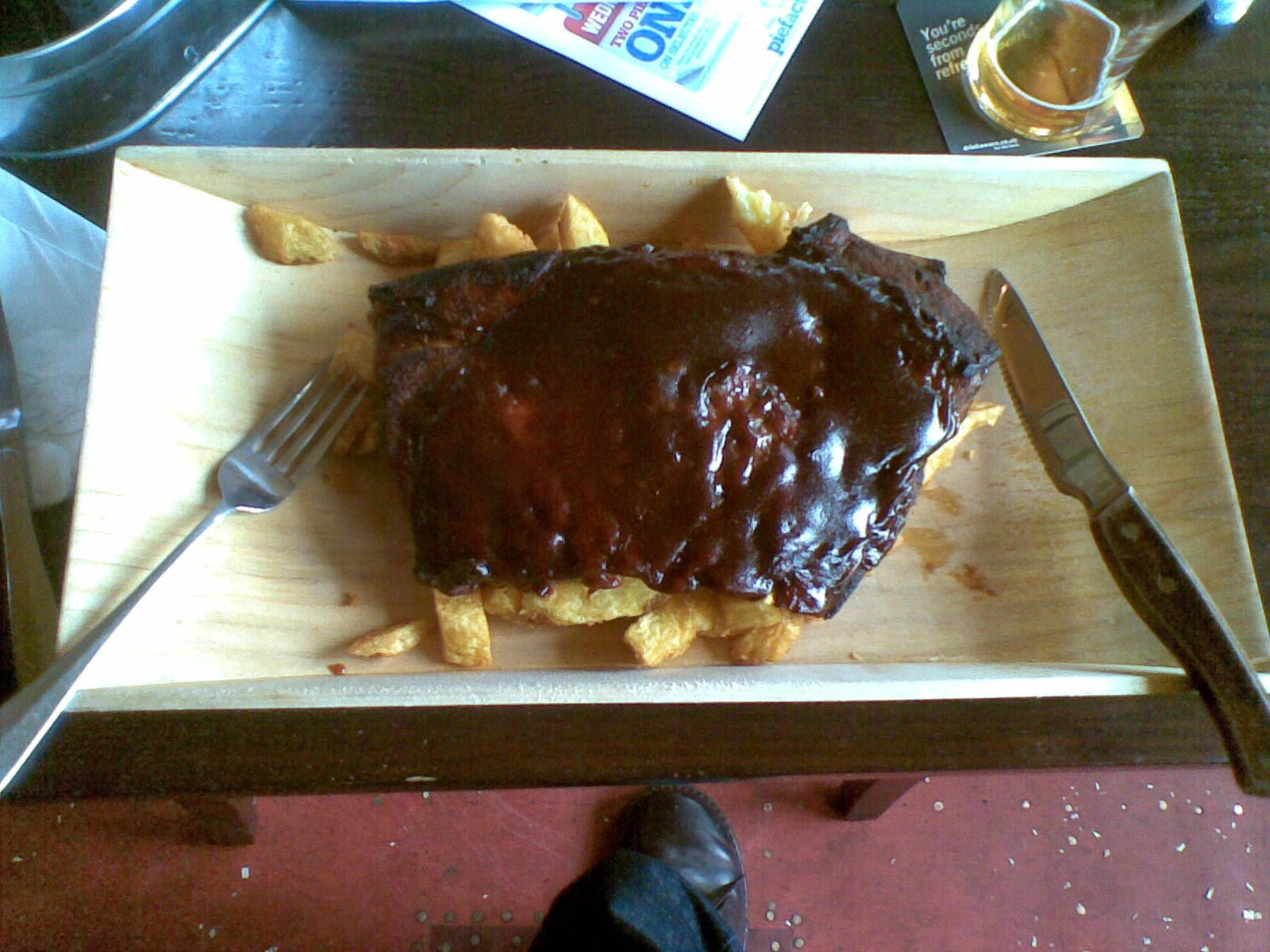 The plate is about 15ins long!
Barry left for home later and I decided that a day’s R and R was in order to catch up with this blog and also to recover from the hectic race to get to the BCN Challenge and the Challenge itself, so there were no happenings to write about. In fact, I was so tired, I didn’t even get to The Fountain that evening for a pint.


The following morning, I thought it was time to tackle the gearbox leak yet again. I had already made a new gasket for the top plate, from which the oil appeared to be leaking, but the leak continued. On Barry’s suggestion, I covered the top plate with a paper towel and found that it was leaking at the bottom end only. On feeling round the oil cooling pipes and wrapping a tell tale towel around one of them, it appeared soaked after running the engine in gear. It was obviously one of the screwed unions, but I did not have a spanner large enough. Fortunately, I borrowed an adjustable and managed to get a good half turn on the nut, which put paid to a problem that I had lived with for the last eight years – unbelievable! 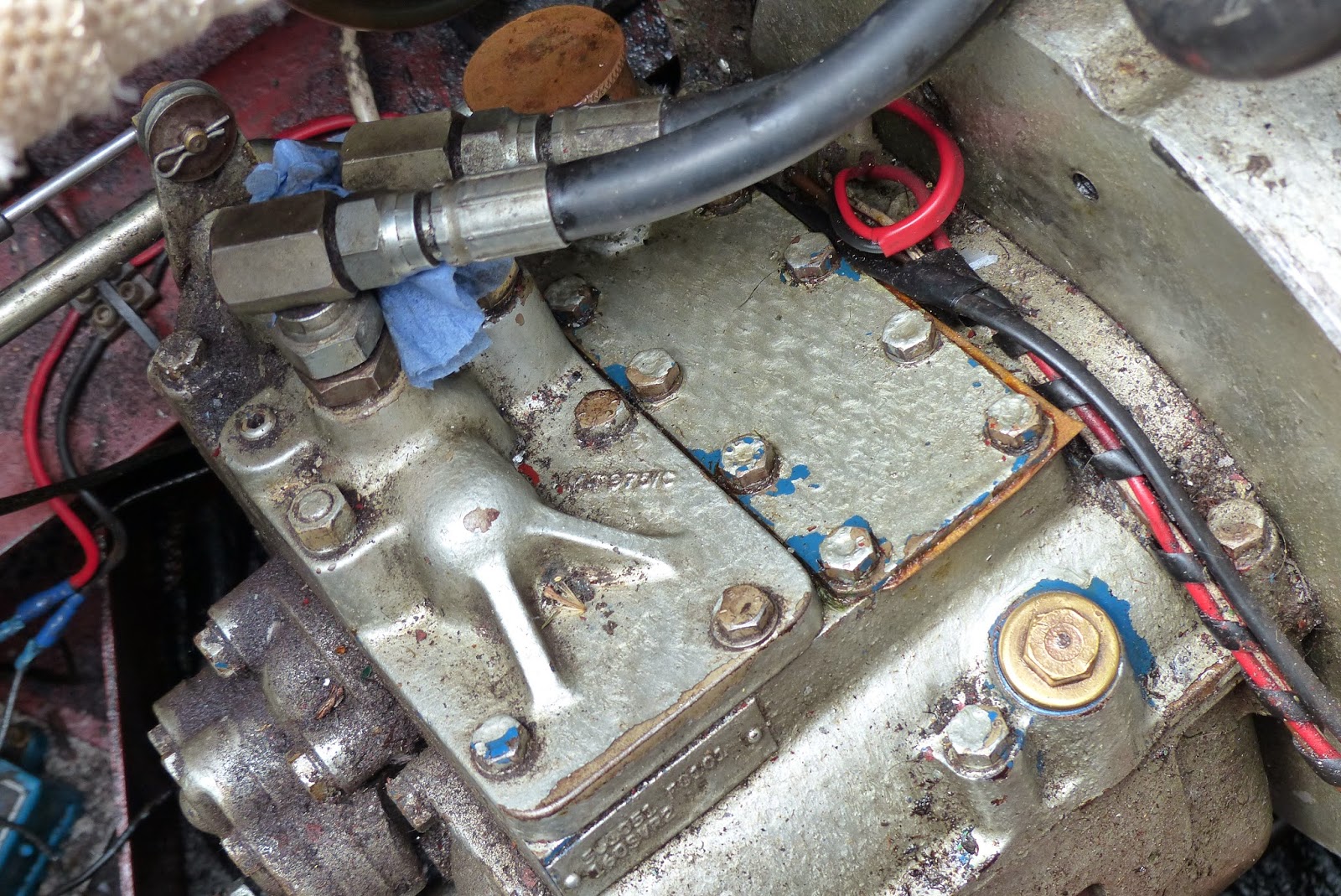 The ex-leaking union with tell-tale paper towel wrapped around it.
Top plate with ten set screws to the right, with new paper gasket visible.
Posted by Oakie at 17:56