It was not long before I reached Kingswood Junction the following morning and started the ascent of the flight of the 18 single Lapworth locks. What a change this was after all the double locks of the last few days. I was speeding through them, with the help of a CRT volunteer, who had only been doing it for a couple of weeks and was not a boat owner. I suggested that he walked up and set the next lock for me, rather than wait until the present one was full, which he did, plus a few others ahead of that.
I met up with a CRT workboat moored on the lock landing at the last but one lock and was about to take a photo of their inconsiderate mooring position, when one of the guys set and opened the lock for me, as well as the last one, so I decided not to complain after all.
One of them told me that CRT was about to install GPS trackers on all 200 of their boats at a cost of £1,000 each, plus fitting charge, so that one man in an office could pin point the position of every boat they owned on a computer. As he said, ”What is wrong with making one phone call when they had finished with the boat at the end of day?” Surely, this amount of money spent would have paid for at least one new dredger and operator for a long time to come! This is cannot be justified when looking at the state of some of the rotten locks on the Stratford alone, as well as the bottom being too near the top in so many places. 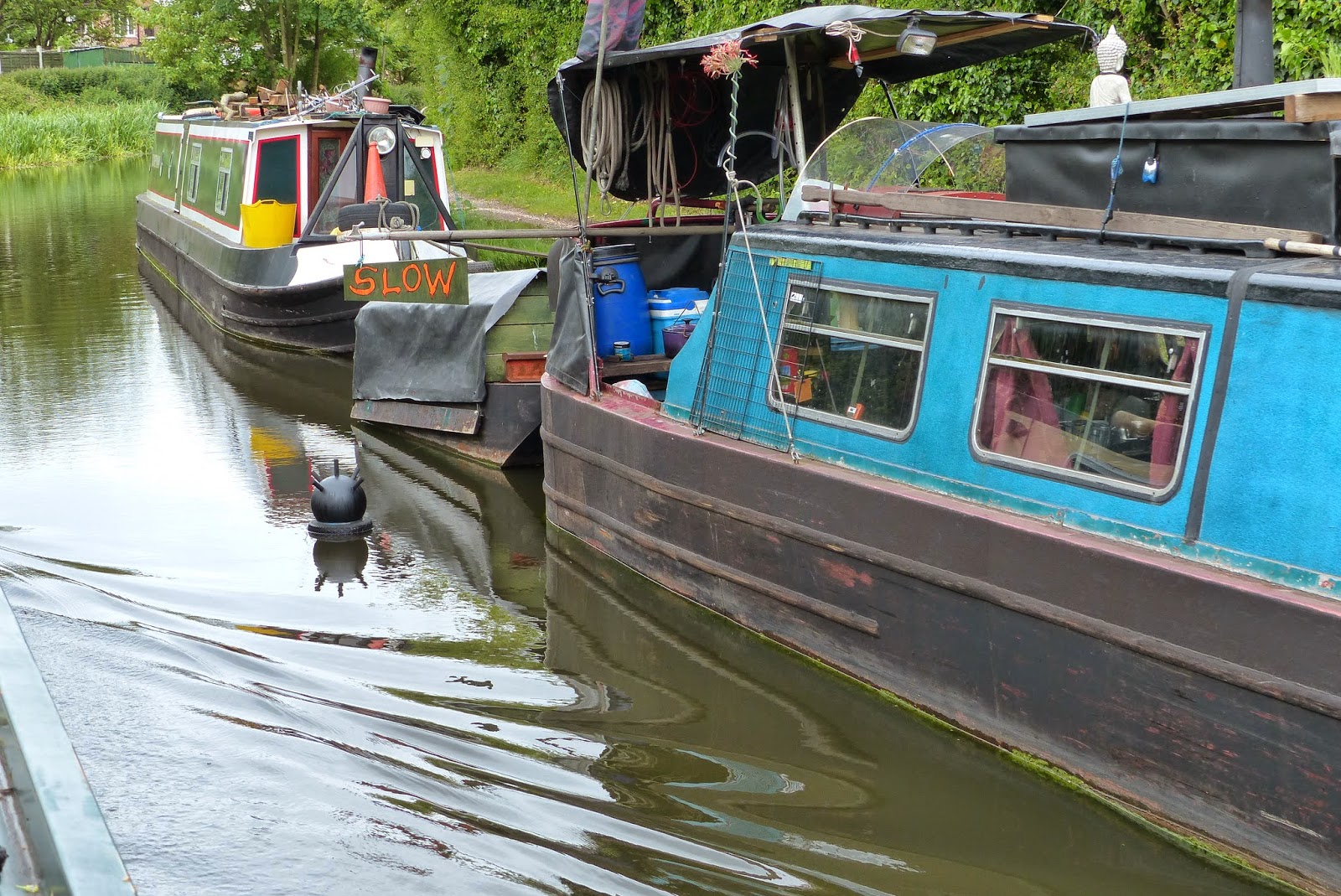 Get too close and I will blow you up! (Just below the Slow sign!)
I was warned against mooring up for the night after Shirley, which I was already aware of after doing this section a few years previously. I did eventually moor opposite The Blue Bell Cider House for a very wet night on a very muddy towpath.
Posted by Oakie at 15:21