Firstly, I will try and explain the Challenge rules as briefly as possible:-


Your boat can start anywhere on the BCN at 08.00 on Saturday.


You are allowed to cruise for 24hrs in 30hrs. I am still not sure if this is the boat, or each member of the crew. It seems open to interpretation! I do know that some boats cruised for the full 30hrs, with some of the crew sleeping for 6hrs, presumably.


You are encouraged to cruise the lesser arms of the BCN, for which you will gain bonus points.


At the end of these arms there is a treasure hunt type of question, so you have to be there to be able to answer it.


You are issued with a log, which can only be opened at 8am on Saturday. You fill in time at the start and end of each section. The questions are set on the log, so as to not be pre-empted.


Other stipulations are for working boats, number of crew, length of boat, etc.


I had planned to start at Windmill End and had previously worked out a route to include our break at the top of Wolverhampton 21 locks, where there is a well known pub called The Great Western Arms. The scheduled time of arrival being 22.15, if we managed to make it without any holdups. 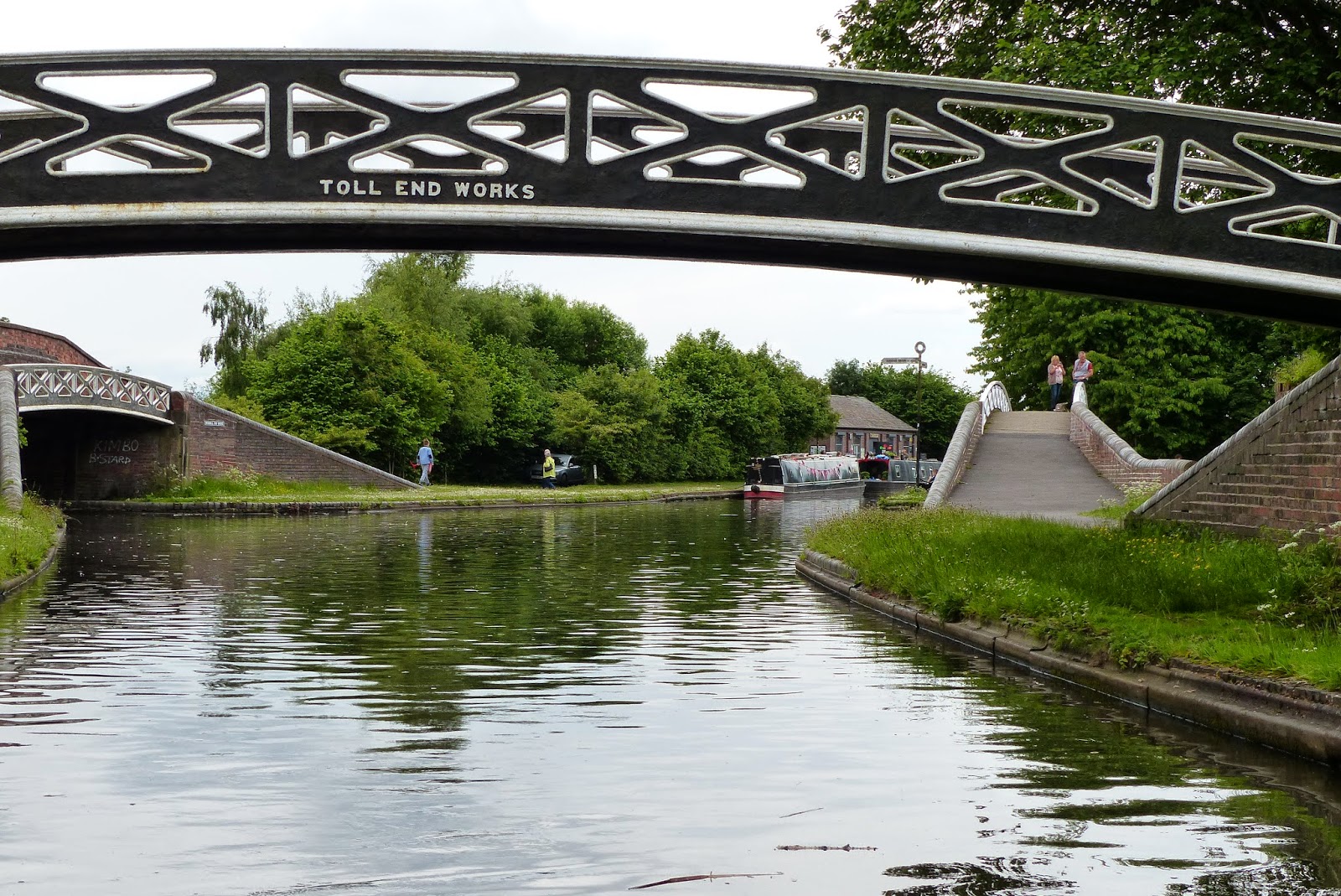 Windmill End.
Our route took us through Netherton again, along the Mainline to Pudding Green Jcn, up the Walsall Canal to Tame Valley Jcn. and along the Tame Valley Canal to Newton/Rushall Jcn. Then we were on the Rushall Canal; up Rushall Nine Locks (The Ganzy) as far as Catshill Jcn. and on to the Curley Wyrley, which we followed to the end at Horsley Fields Jcn., where it was a short trip to Broad Street Basin, where we moored for the night. This days cruising was 34 miles and 17 locks and it rained on and off most of the day, but we were about two hours ahead of schedule, which allowed more drinking time in The Great Western!
﻿

Although we were scheduled to start the following day at 4 am, it was 5 am when the engine was started and we set off for Bradley Workshops at the end of the Wednesbury Oak Loop, where there was another question to be answered. The arm was rarely cruised and was thick with weed, which clogged up the blades of the propeller every few yards. Most times, we managed to clear
the blades by chucking back (reversing) the propeller and we only had to lift the weed hatch twice during the weekend.


Back on the New Mainline, (Telford’s improved route) we turned on to the Old Mainline (Brindley’s original route through Birmingham) as far as Smethwick Locks, where we turned back on to the New Mainline to Dudley Port and through Netherton Tunnel yet again and joined the queue for Gosty Hill tunnel to the finish at Hawne Basin. 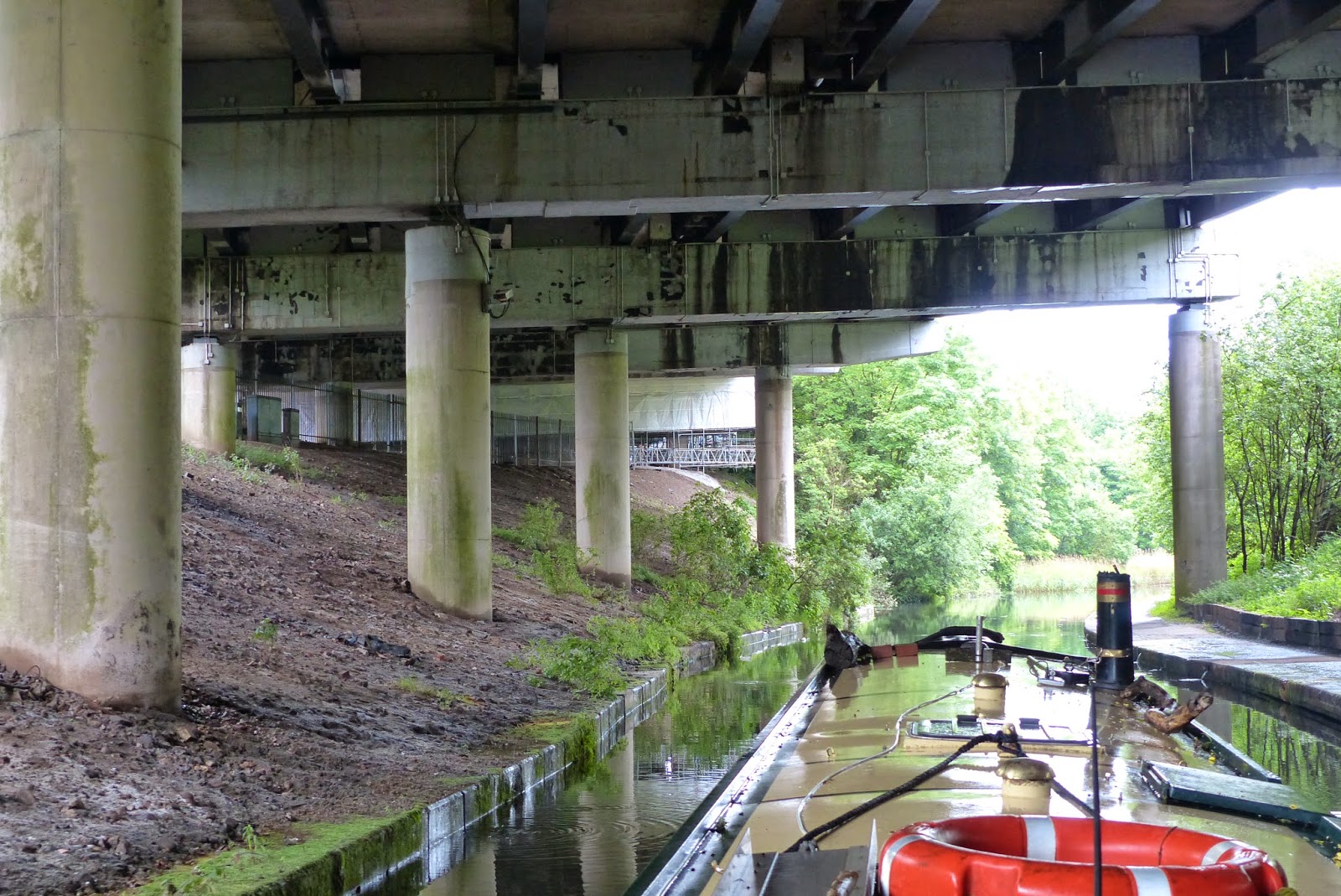 Beneath the M5 at Spon Lane. 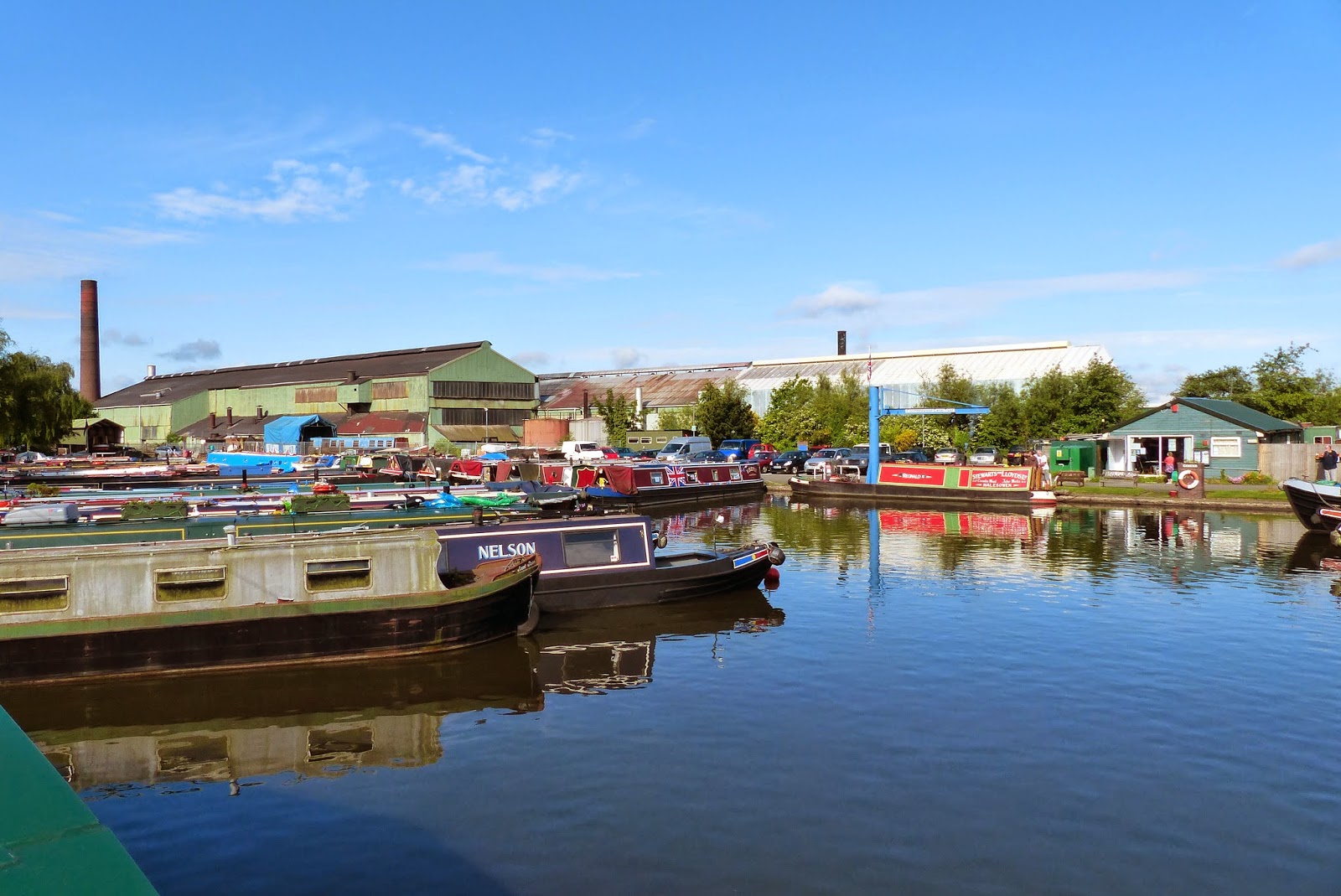 Moorings at Hawne Basin.
Olde Swan Entire was on tap at £2.00 a pint if you were quick enough to get to the Hawne  Basin bar and a free buffet was laid on for all the competitors. Needless to say, the second barrel was quickly consumed and bottles were available after that.


Would I do it again? I am not sure, even though it was very enjoyable and we were able to see a lot of the BCN that is rarely cruised. I would prefer it do be done in more clement weather, as a lot of the time the steerer was on his own – no point in more than one person getting soaked at a time. I do know that both Barry and Mouse enjoyed it.


One thing that I can say for certain is that it is quite an experience and well worth doing once in your boating career.
Posted by Oakie at 11:12

Congratulations Ray, to you and the crew. I do hope you'll still be able to manage all this when you get old!
Regards, Colin

Thank you Colin. I seem to recall the saying about "dying with your boots on!"
This maybe a quote from The Coffin Dodgers Handbook.