My Maiden Voyage on an Historic Pair 1

As so many other canal boaters in this pandemic of Coronavirus aka Covid-19 in March and April 2020, I am confined to the house, apart from daily exercise and shopping trips to the supermarket for supplies and to the pharmacy for any medical necessities. There is much that can be done in the house and garden, but I really have that annual urge to be boating on the canals and rivers of this land, more so as the weather improves towards summer. As I cannot write about my personal boating activities, I have been thinking about documenting my maiden voyage aboard Nuneaton and butty Brighton in 2011 from Braunston to the Rickmansworth Three Rivers Boat Festival. I will not take up space here describing the history of the pair of boats, because they can be found at https://www.narrowboattrust.org.uk/

I joined the NBT, as it is widely known the year before after meeting some of the crew on board the moored boats on the Thames at Oxford. I was towards the end of my Summer cruise on Stronghold and I pulled into the East Street moorings between Osney Bridge and Osney Lock for the night, where Nuneaton and Brighton were also moored up. I had intended just taking a photo or two, but got chatting to the crew of three and was given a membership application, which I duly completed. The following year I attended a work party on the boats at Alvecote for a Spring weekend, which gave me a chance to meet more of the crew and it was most enjoyable to be experiencing something entirely new to me, as well as meeting new friends with the same interests at heart. I had a lot to learn. 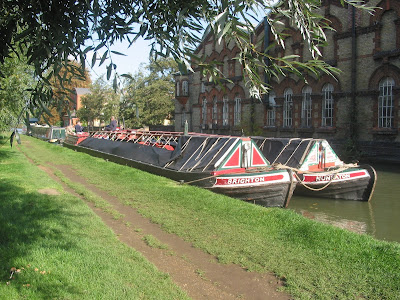 The Pair of Working Boats Moored at Osney.

I had arranged to meet up with Trevor at 20.30 in the Tesco car park in Rickmansworth, so that we could travel together in his car. I moved my car into a quiet side road after loading bags into Trevor’s car and we set off for Braunston, 70 miles further north, where the boats were moored outside the marina. On arrival at Braunston we repaired to The Admiral Nelson pub, just in case they chanced to close early for lack of custom – we made a total of three customers even though it was Friday. Beer, I discovered later was to be an essential part of this trip. We learned that the pub had been taken over yet again by a tenant landlord, who had grand plans to keep the place open throughout the year. This place had been opened and closed more times than a pub lavatory door in the past few years. Finally, leaving at midnight, we left to find the boats, unload and go to bed.

This was my first experience of sleeping in a boatman’s cabin and it took a bit of getting used to! How was it possible for a family of two adults and several children to live, eat and sleep in a back cabin barely 6ft x 8ft?

Despite a late night, I was awake early and had a walk around Braunston Marina. Trevor was up and about when I returned and then set off to collect ‘Mouse’ from Rugby station. In the meantime I went to the Gongoozlers Rest for the full English. This is café boat moored just outside the marina and was very convenient at the time. Trevor had returned with Mouse and joined me for breakfast after an early start to the day. We cast off at 10.30 heading south for Stoke Bruerne, about 9 hours away, with Brighton being towed on cross-straps behind Nuneaton. The reason for this style of towing is that the pair of boats were empty of any cargo and so floated quite high in the water. The bow of the butty is extremely high, so the wash from the motor boat can travel easily beneath the butty boat and the steerer of the butty only has to control the stern of the boat, keeping it clear of other boats, bridge ‘oles and banks.

We were now approaching Braunston Locks, a flight of six  spaced fairly close together. As the locks are of double width, two boats can be in one lock together, so they had to be separated and go in the lock side by side, to be breasted up, or just breasted. This is done on the move by the motor steerer as the pair enters the lock or just before. Both cross straps are removed  allowing the butty to continue moving forward under its own momentum, but slower than the motor boat and to one side or the other. Once in the lock the boats are then strapped together side by side and the bottom gates are closed, usually by the motor steerer. The lock is filled by the crew at the top gates by opening the ground paddles and then gate paddles, if available. Once filled, the top gates are opened allowing the pair to continue to the next lock, still breasted. 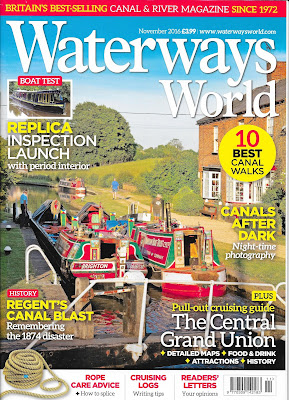 The locks were busy with other boats locking up and down too. Mouse was steering the pair, but I was offered the chance to steer through the last two locks. Prior to this, Trevor had wanted to see if I could “walk the plank”. To get easily from one end of the boat to the other, the top planks went from the cabin top at the stern to the cratch close to the bow. They were 11 ins wide and balanced on the top of the stands, but held in place by strings at intervals from the gunnels. I had done this previously when on the work party at Alvecote, so knew that I was capable. After the locks we were to enter Braunston Tunnel, but the pair had to be singled out first. Mouse went forward and released the bow line and I released the stern lines. This allowed the butty to slowly fall behind until I could grab hold of one of the cross straps and attach it to the opposite dolly on the motor, before getting hold of the other one and doing likewise. Thus we entered the tunnel keeping well to the right and slowing to tick over as we passed about five boats going in the opposite direction. On making our exit at the southern portal, the pair was slowed almost to a stop to pick up Janet and her Brompton fold up bike at a bridge ‘ole, where the water is normally deep enough to get right up to the bank. 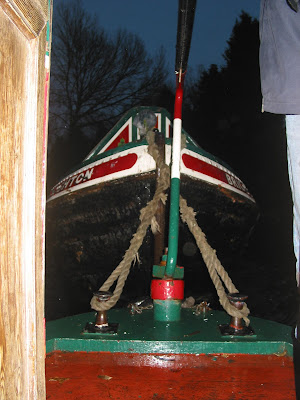 
The difficult part of steering a pair becomes apparent when meeting another boat approaching a bridge ‘ole. If the pair are brought to a stop before the bridge in mid stream, they are likely to jack-knife in the middle and block the cut. Bear in mind that the total length is over 140 ft and hinged in the middle. Signalling to the approaching boat to either stop or come ahead are the only alternatives and timing your speed is paramount to success. If the other boat does not come through fast enough the results can be very interesting. With Janet steering the butty it was down to her to keep the aft end clear of other boats and the bank and it was up to me to keep her bows clear of these objects. If I got it wrong, then she got into difficulty at her end.

We worked down Whilton Locks and what promised to be a lovely sunny start to the day was now clouded over with a chilly wind blowing across the cut, which affected the unladen boats and tending to blow them onto the muddy shallows when slowed or stopped.
It was decided that we were not going to reach Stoke in time for a meal out, so we moored at Blisworth and walked to The Royal Oak, only to find that there was beer but no food available. I have to say that despite being a Greedy King pub, the two pints of ‘Britain’s Glory’ went down a treat and made up for not stopping at The New Inn at Buckby, where we would have got some food. We returned to the pair and Mouse cooked up a one pan meal of minced beef, potatoes and peas, while we discussed the possibility of cooking apple crumble in the oven of the coal fired range. Meanwhile, I had difficulty lighting the range in my cabin, mainly because the kindling was damp, but a sprinkling of white spirit did the trick after the match was dropped in, causing flames to reach the ceiling before I could get the lid back on. The cabin eventually cleared of smoke and I had a warm and comfortable night with the cabin doors ajar.